Bello Be Young & Proud is an after school LGBT+ youth support group that welcomes young people who identify and their allies. The group is coordinated by Bellingen Shire Youth Services and meets monthly at a confidential place.

The group welcomes LGBT+ young people who identify and their allies aged between 12 – 21 years.  The group aims to create friendship connections, belonging and a safe space for young people.

BBYP members have had opportunities to plan social outings and events, and participate in amazing workshops with famous authors and costume designers.

In 2018, with support from local grass roots group, the Love is Love committee, we delivered the first LGBT+ Youth Camp on the Mid North Coast, which was a huge success.

This refers to trans people, meaning “assigned female/male at birth”. This is preferred to other terms such as “biological male/female” or “born female/male” which can be viewed as inaccurate and offensive.

Sometimes this acronym is replaced with “queer” or LGBT+. Note that “ally” is not included in this acronym.

This is a person whose gender assigned at birth matches the gender the feel that they are. We use this to move away from cisgender people being considered “Normal” and gender diverse considered “other”.

Umbrella term for all genders other than female/male or woman/man, used as an adjective. As opposed to trans, which means a person who might have been born a female but transitioned to male.

A non-binary person presents an aesthetic that can be both Male/Female, a mix or neither.

A reclaimed term for people of marginalized gender identities and sexual orientations who are not cisgender and/or heterosexual.

Changing or fluid gender and identity

Describes a person with a less common combination of hormones, chromosomes, and anatomy that are used to assign sex at birth. Examples include; Klinefelter Syndrome, Androgen sensitivity syndrome and congenital adrenal hyperplasia.

Parents and medical professionals have usually coercively assigned the intersex child a sex and have in the past been medically permitted to operate to conform the infants genitals to that assignment. This practice has become increasingly controversial as intersex advocates speak out.

Preferred umbrella term for all genders other than male/female or woman/man. It is used as an adjective (eg: Jesse is a nonbinary person), however not all non- binary people identify as trans and vice versa.

Sometimes a trans person might use the term non-binary to describe their aesthetic, or how they express themselves to the world.

An umbrella term for people whose gender identity differs from the sex they were assigned at birth.

The term transgender is not indicative of gender expression, sexual orientation, hormonal makeup, physical anatomy, or how one is perceived in daily life.

Note that transgender does not have an “ed” at the end. A “trans man” who was born female who transitions to male may do this via outward expression or surgery.

Generally it is considered rude to ask a trans person about their “transition”. Asking what pronouns he/she/they however is respectful. 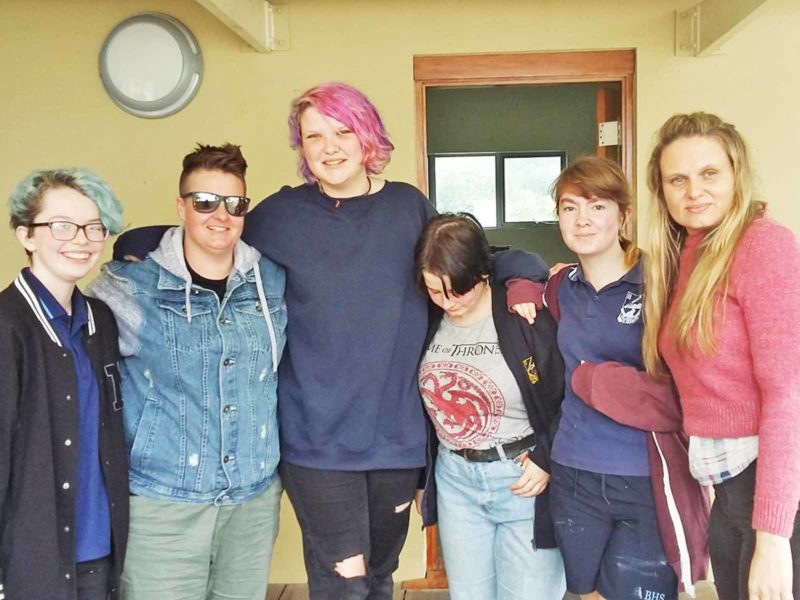